We custom design live virtual shows for you. The live performance (instrumental, vocal, or band) from any part of the world is brought to our studio and added with graphics, animations, scrolling texts, and most importantly with real-time audience social-media messages. All done in real-time and then livestreamed to give your audience the closest feel to a physical concert.

It’s Your Dream. We Design and Stream. 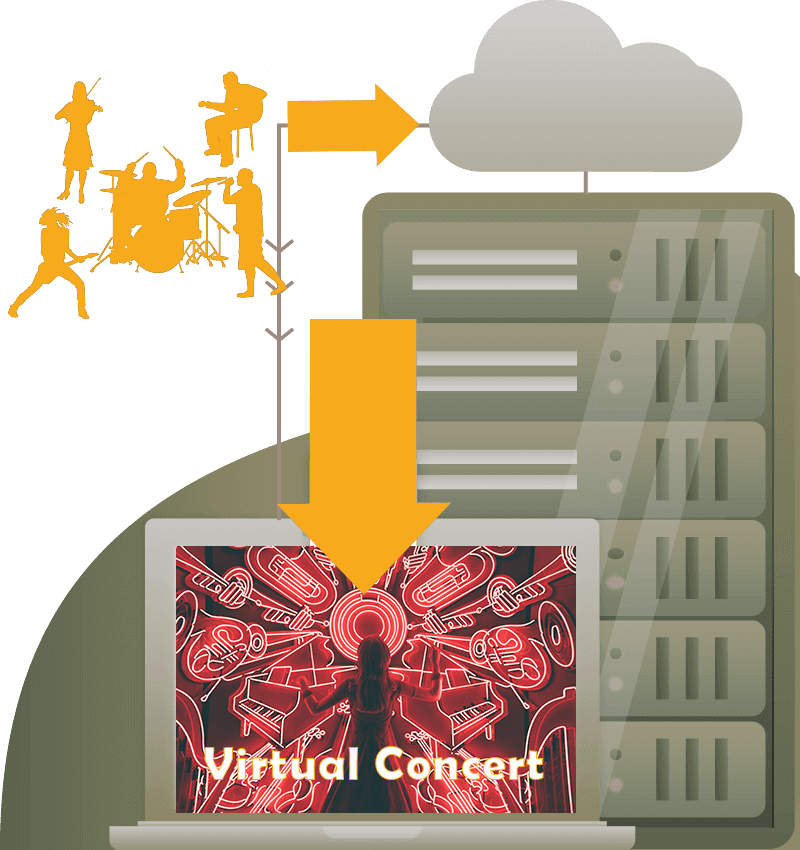 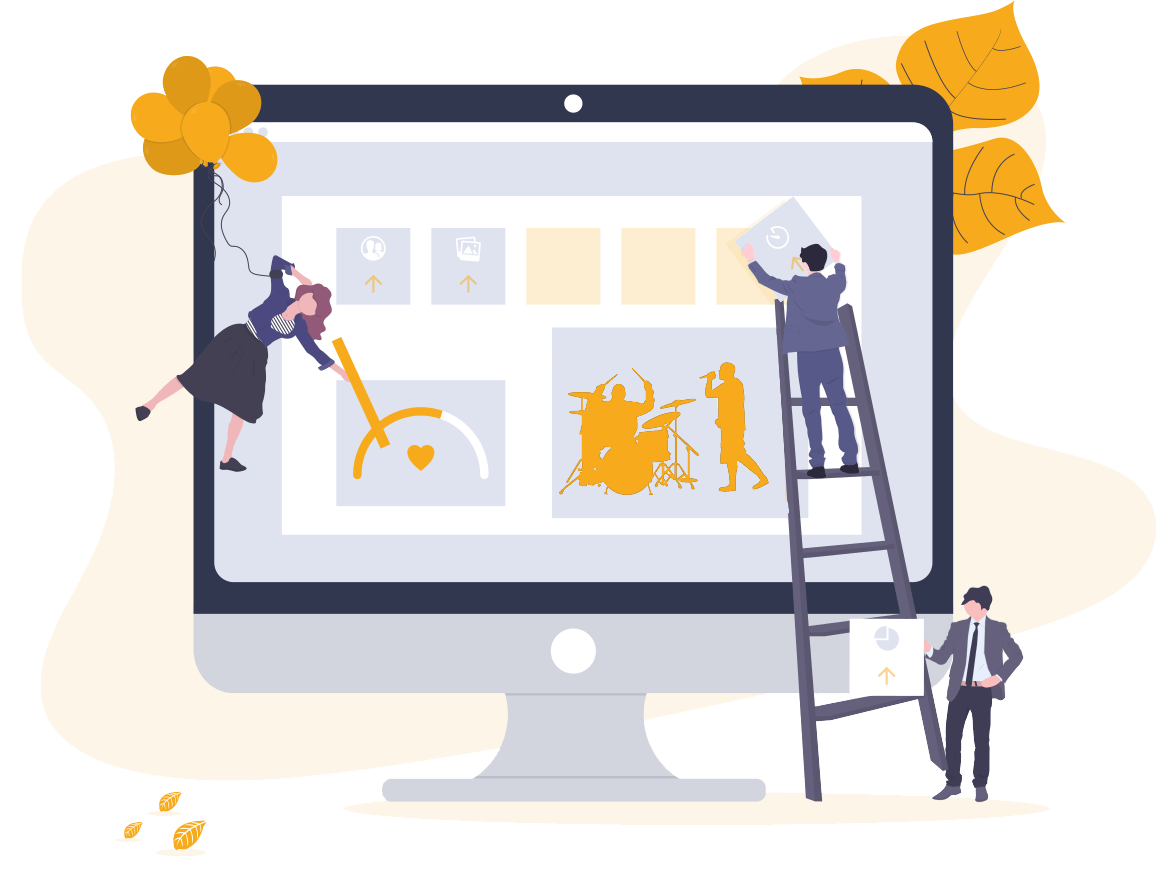 With a smartphone, anyone can livestream a show. Or host an event on Zoom. A custom-designed virtual show is different. Our production adds graphics, videos, animations specific to your event to deliver a TV-like production. And in real-time. 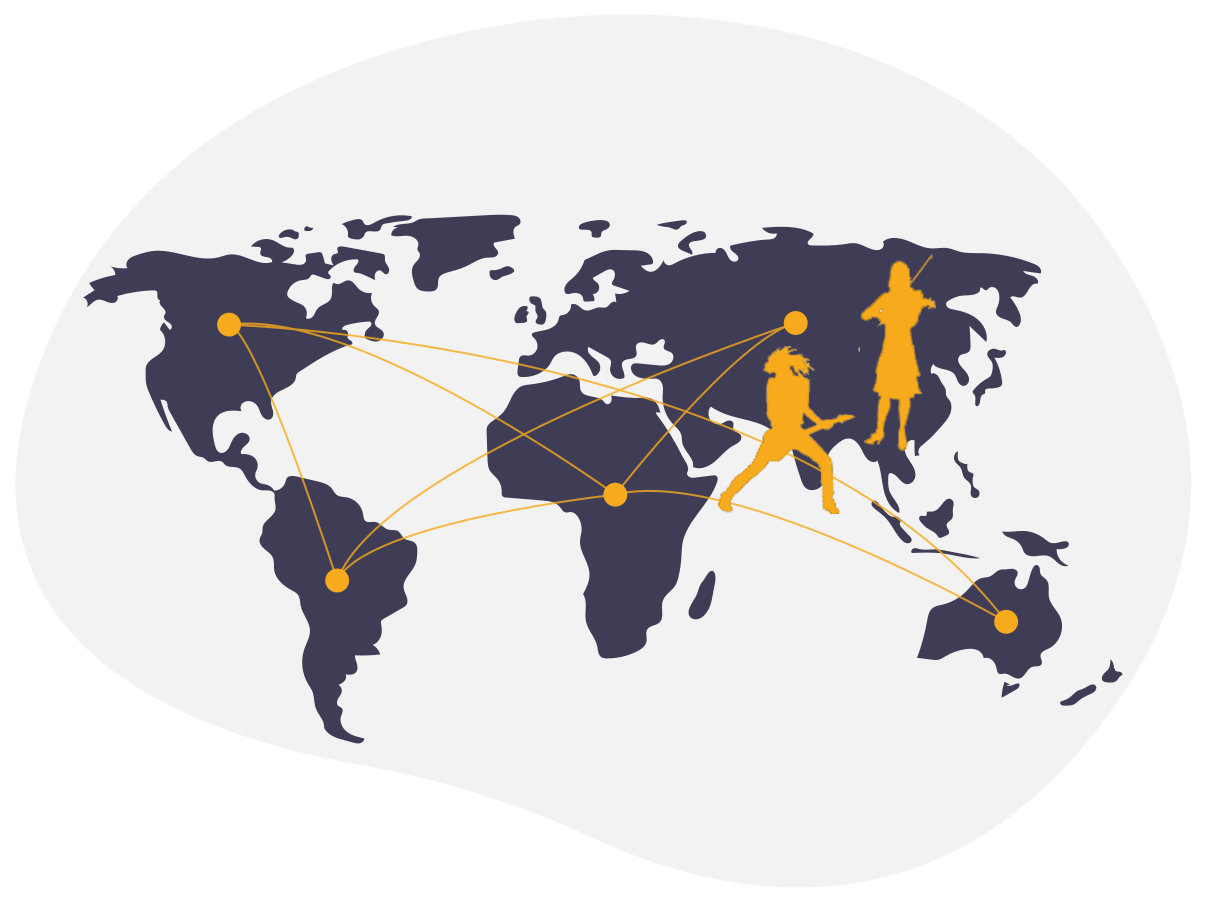 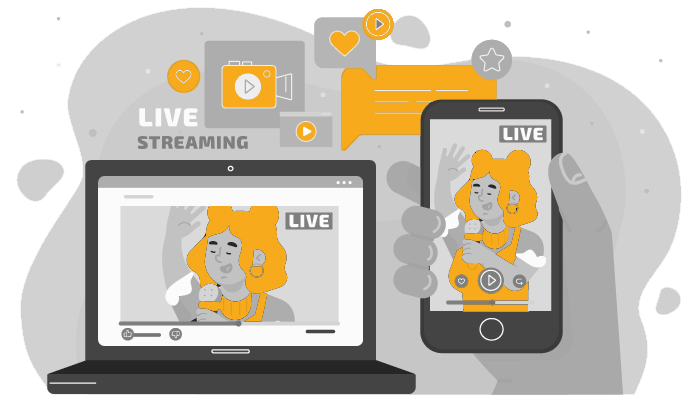 No one likes a show where the stream stutters. Or if in a musical show, there is a lag in audio and video. Our production ensures near-zero latency for the perfect true-live experience. We can stream on our platform or on your social media channels. 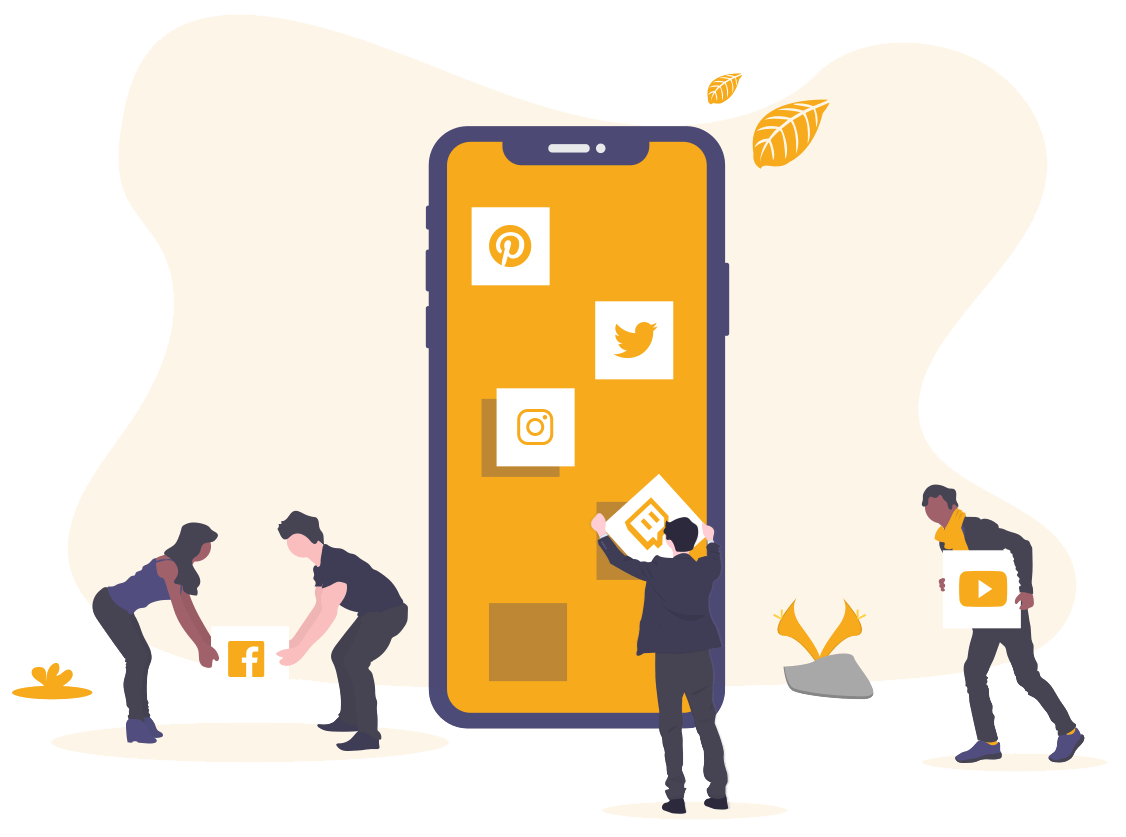 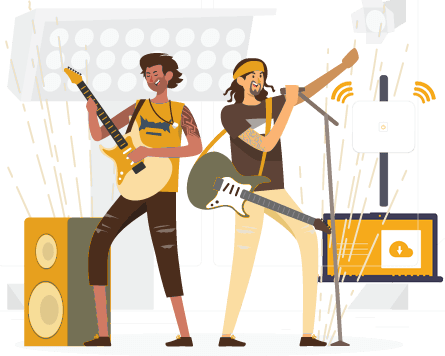 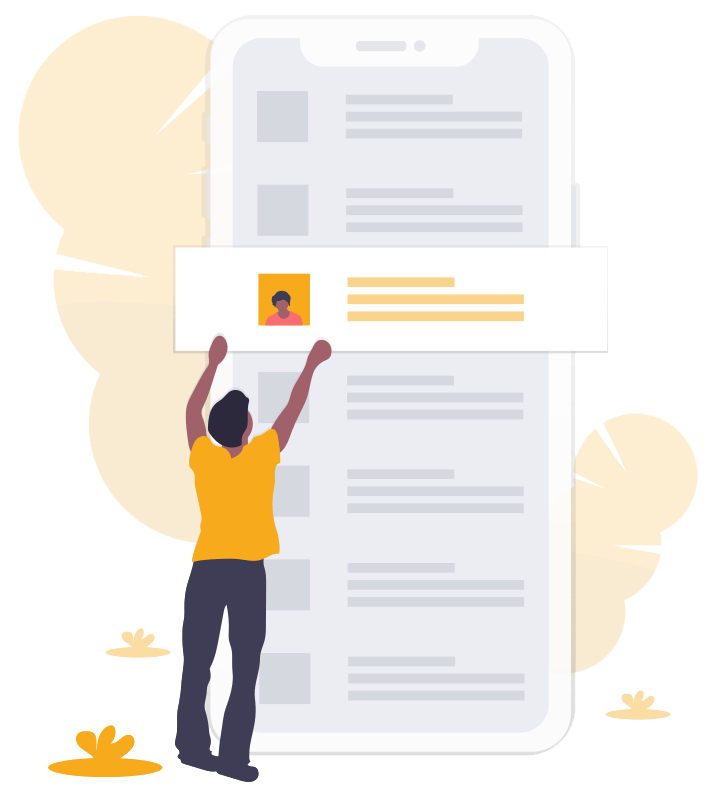 We can make the show exclusive by restricting the streaming to just once with no replay feature. So, it becomes a must-watch event for the fans. And protects the performer and organizer from future downloads.

Lets Design And Stream The Show Together

We help you design the ultimate true-live virtual concert and then livestream for you. With no latency issues, your musical concert can now be enjoyed by the viewer as if you and your band were performing right in front of them. Your fan can post a comment or request songs in real-time and it is then put on the screen and made a part of the show. And you can respond in real-time. Just like you would do when a fan walks up to the stage with a song request note. No more fake live concerts with pre-recorded songs and a zoom conference chat. Enjoy playing for your audience with your full band in real-time. All you need is a computer with camera, sound input, and an internet connection. Leave the heavy lifting of show design (graphics, animation, videos) and streaming to us. All Live. All True Real-time.

You do what you do best. Perform your greatest show.

For The Show Organizer

We help you design the ultimate true-live virtual concert with your chosen performer and then livestream for you. Your chosen performer and the band can be playing from a studio in Mumbai, or Kolkata, or California or anywhere else in the world (with an internet connection, of course) and we will add all the design elements on the feed and livestream to your members. You and your sponsors can be a part of the show too. From intro videos, in-program sponsor messages, to providing your own event emcee, we will design the show just like you would do for a physical show. Your viewing audience can also participate in the show. We can stream on our platform or on your social media channels. Imagine your show and leave the design and execution to us. All Live. All True Real-time.

You do what you do best. Organize the greatest show.

How much does this service cost?

Since each show is custom designed per your requirements, we will quote you once you share with us your vision for the show. Please contact us so that we can come on-board your exciting project.

How would the audience watch the show?

We can livestream the show on our platform or on your social media channels, if they are setup for livestreaming. Terms and extra charges will apply.

Can the show be replayed later?

Depending upon how the show is setup, it can be replayed or made exclusive one-time view only.

Can you livestream pre-recorded shows?

Yes, of course. The pre-recorded show will be setup to go live at the scheduled time. It can be designed with or without live real-time audience interaction.

Is this service only for musical shows?

No, we define show as any performance. We specialize in musical shows because they pose the maximum challenge with sound mixing, quality, latency etc.

Do you provide the performer as well?

Generally not. We do work with talent agents In India and North America we can refer you to. One of the best talent providers in North America is JS Events with whom we have been doing livestreaming.

Yes, we design the show per your requirements. Your submitted material should conform to our specifications.

Can our event MC join the show live?

Yes, that is the flexiblity that custom designed virtual shows offer. Your MC and performer can be in two different locations and join on the same virtual stage live.

Can we put our own branding on the show?

Yes, you are organizing the show. We will put your branding, logo etc. on the show however you want them.

Do you provide ticketing service?

Yes, we have our own ticketing platform and can handle all your ticketing needs.

What information would you provide to Organizers about the patrons/viewers?

If you have opted for our ticketing service, we would pass on to you ticket purchasers’ contacts if they have consented during the purchase process. For access-controlled shows, we require viewers to provide contact details so that we can provide support during the period the show access is open. This information is not shared with anyone and purged from our system once the show access closes. If requested in advance, we may share anonymized view analytics to the extent such data is available on the chosen content delivery network (Youtube, Facebook, Fantast Media OTT etc.)

Do I need special software or hardware?

All you need is a computer with a webcam, sound card (external or internal), and a wired high-speed internet connection. We are very particular about the quality of our service, so each of these components have to pass our minimum requirements. Our technical team will work with you for setup.

We know you may be already entertaining your fans through the social media channels. Our shows are designer shows which allow you to perform with your full band and with added elements.

Is there a limit to my band size?

Your accompanying band may include as many members as you want. Our technical team will assist you in the multi-person setup.

Can I be my own show organizer?

Yes, of course. You may organize and perform in your greatest show.

Fantast Media has been serving the digital media needs of a multitude of ethnic organizations in North America since 2006. Our services range from traditional print media jobs like banners, flyers, brochures, and newspapers. We have also been producing television commercials, web promotional videos, performer showreels, and designing websites. Fantast Media powers annual fundraisers for non-profits as virtual events and has been livestreaming musical shows for many organizations. We also provide services to the popular Bengali portal BanglaPodcast.com and the Hindi portal PodioIndia.com. One of the most successful web series has been the seasonal Prabaser Pujo Parikrama which has covered over 500 global Durga Pujas for seven years. BanglaPodcast has been the media partner for most major Bengali conferences like the NABC, BangaMela, RBC etc and print media partner for Aajkaal publications of India.

The principals Piya and Deb Roy have been pioneers in the Indian podcasting scene when podcasting was in its infancy. They have been featured in Podcast User Magazine, CNET Asia, The Hindu, Tehelka, and National Public Radio. Their Podcasting work has formed a book chapter in Quick Start Guide to Podcasting.

Always at the forefront of technology and new media, they have launched the true-live virtual show design and livestreaming service to serve the needs of an audience thirsting for such quality experiences. 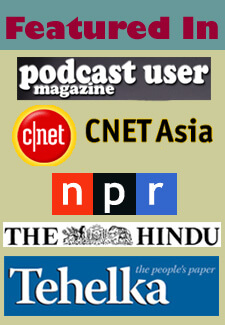 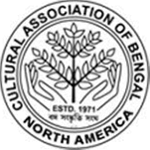 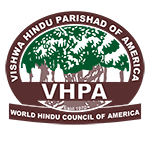 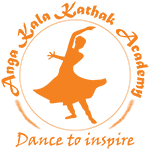 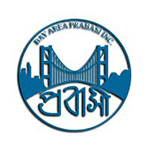